The fourth
quarter of 2014 closed with global equities in positive territory for the third
consecutive year. Global equity markets returned 0.52%1 during the fourth quarter, as measured by the MSCI ACWI Index, outdistancing
the -0.65% return for the BofA ML Global Broad Market Bond Index. Global
markets were led by the United States, with its improving economy and strength
in the US dollar. International investments were significantly impacted by
weakness in international currencies, with global central banks weighing
options to stimulate economic growth. For the full year, global equities
returned 4.71% and outperformed the 1.29% gain for global bonds.

The S&P
500, a large-cap US equity index, continued to set record highs during 2014,
gaining 4.93% during the fourth quarter and 13.69% from the start of the year.
The Russell 2000 small cap index beat large caps with a 9.73% return during the
quarter, but trailed for the full year with a 4.89% return. Among sectors,
utilities saw strong results during the quarter in view of their defensive
characteristics and attractive yields compared to bonds. Real estate was also a
standout, driven by low rates and strength in the US economy. Conversely,
energy stocks saw large declines, as oil prices plummeted nearly 50% during the
second half of 2014.2

The MSCI
EAFE Index of international developed market stocks returned -3.53% for the
quarter and -4.48% for the full year, trailing US stocks by a wide margin. The
continued weakness in international currencies versus the US dollar, including
the euro and yen, weighed on international results. Entering 2015, the European
Central Bank and Bank of Japan will both seek to stimulate growth in view of
low inflation levels. Emerging markets returned -4.44% for the quarter and were
also weighed down by currency effects. China stocks gained in view of
government reforms and monetary easing, but Russia and other emerging areas
were impacted by declining energy prices.

In fixed
income, the Barclays US Aggregate Bond Index gained 1.79% during the quarter
and 5.97% for the year. Long-term Treasury bonds were among the leading sectors
during the quarter and year with their sensitivity to rates, as bond yields
continued to decline. The 10-year Treasury yield finished the year at 2.17%,
down from 2.52% at the beginning of the quarter and 3.04% at the start of the
year. Investment grade corporate bonds benefited from the decline in interest
rates, but high yield was held back by exposure to the energy sector.
International bonds declined with the exposure to global currencies, as
concerns over US monetary tightening weighed on emerging market bonds.

The US economy continued to expand as third quarter GDP came in at 5.0%—up
from 4.6% in the second quarter and the highest level in 11 years.3
Employment also continued to improve with the unemployment rate at 5.8% in
November, down from 6.7% at the start of the year. One key variable worth
watching is the level of inflation, as the Consumer Price Index (CPI) was only
running at a 1.3% rate according to November’s CPI report.Notably, lower energy prices put downward pressure on overall inflation
levels. The core CPI measure, which does not include food or energy, was 1.8% over
the 12-months through November.4

The Federal Reserve ended its asset purchase program in October, but
indicated that it would be “patient” before raising rates. Following December’s
Fed meeting, Fed Chairwoman Janet Yellen suggested that policy normalization
was unlikely to begin in the first two meetings in 2015. Interest rate
projections from Fed officials indicate that they will begin to raise rates in
the middle of 2015, with half of the estimates forecasting short-term rates
above 1% by year-end.5  Any moves are expected to be gradual and could
be impacted by a mixed picture across global markets. In particular, lower
energy prices could be an important factor as the Fed seeks to achieve its
long-term objectives of maximum employment and 2% inflation.

The US
dollar appreciated against all major currencies during 2014 with the US dollar
index up nearly 13%—reflecting the largest annual gain since 1997.6  While the US Federal Reserve is expected to raise interest rates in 2015, the
European Central Bank, Bank of Japan, and People’s Bank of China are pursuing
lower rate policies to stimulate their economies. This suggests that the trend
of a strengthening dollar could continue, but this is not a foregone
conclusion. Currencies can be volatile and policy moves, historically, have not
always produced the intended effects. Moreover, the early 2000s saw the US
dollar depreciate against the euro and yen, and in recent years the dollar’s “reserve
currency” status has been called into question.

History has
shown that leadership can shift between domestic and international markets over
time. For example, the MSCI EAFE international equity index beat the S&P
500 every year throughout 2002-2007, recording a 14.79% annual return versus
6.07% for the S&P 500. The MSCI Emerging Markets Index performed even
better over that six-year period with a 29.02% annual return. More recently, results
shifted in favor of US asset classes, but this does not diminish the importance
of global diversification. With the strong run for US equities, some analysts
argue that this has made international stocks even more attractive based on
valuation measures.

As the year
closed, the decline in energy prices and the increase in market volatility drew
heightened attention. With US stock
market volatility rising from depressed levels, active risk management will be
critical to help manage the changing tides. While the future may bring new risks,
combining traditional and more flexible asset allocation approaches can provide
potential opportunities and portfolio diversification benefits, while removing
emotional decision-making from investment portfolios.

Please contact us if there have been
any changes to your financial situation, your investment objectives, your
instructions concerning your account, or to receive an updated Disclosure
Brochure. 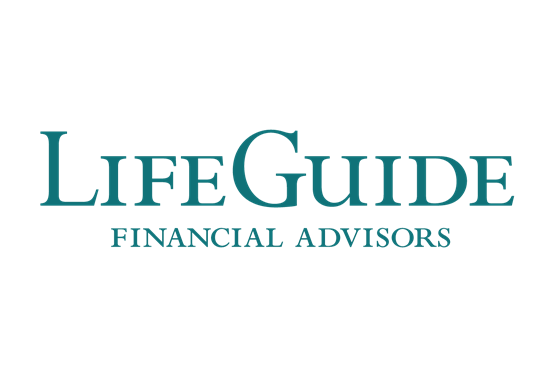 You have important questions, and we want to get you answers. We offer everyone a complimentary, no-strings-attached Exploration Meeting where we get to know each other, understand what you’re looking for, and answer all of the questions you have. In preparation for our conversation, we ask everyone to first complete a short five-minute, online Intro Questionnaire.

Once we receive your submission, we’ll reach out to schedule your complimentary Exploration Meeting. Type in your name, email, and preferred phone number below to get started!

Learn more about how we work together

The topic of long-term healthcare can be complex, time consuming, and, quite frankly, not a lot of fun. We’re here to help.

We are Dave Ramsey ELPs for long-term care, as well as SmartVestor Pros. We offer all of Dave’s fans a complimentary, no-strings-attached LTC Exploration Meeting where we will take the time to know you, answer your questions about LTC, and provide quotes and recommendations tailored specifically for you.

To prepare quotes for you, we ask that you complete a short three-minute online LTC Questionnaire.

One we receive your questionnaire, we will shop your case to multiple insurance companies, prepare quotes, and reach out to schedule your LTC Exploration Meeting. Type in your name, email, and preferred phone number below to get started!

Looking for a SmartVestor?

You’ve come to the right place! Our Managing Partner, Doug Denlinger, is a SmartVestor Pro as well as a Dave Ramsey Endorsed Local Provider (ELP) for long-term care insurance.

Like Dave, we believe that financial peace is a critical component to leading your most impactful, fulfilled life—the life you are called to live. And we want to help you get there. Which is why we offer all Dave Ramsey fans a complimentary, no-strings-attached Exploration Meeting where we answer your questions and get to know each other.

In preparation for our conversation, we ask everyone to first complete a short five-minute, online Intro Questionnaire. Once we receive your submission, we’ll reach out to schedule your complimentary Exploration Meeting. Type in your name, email, and preferred phone number below to get started!